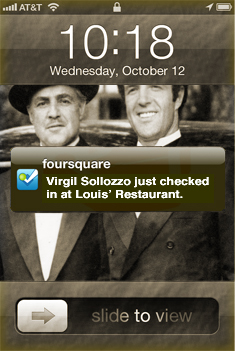 There are some movies I just love watching over and over again.  I consider these types of movies “classic”.  When I say classic, I mean a movie published before inventing of the smartphone in 2007, so it doesn’t necessarily mean going back to some black & white film or “talkie” from back in the day. However, lately I’ve been amused while watching some of my favorite movies. I start to think about how different it would be if they just had the internet or a smartphone.

What follows are some of my all-time favorite movies and a particular important scene that could have been severely altered if it took place with today’s modern technology.  But rather than stop there, I’ll also offer the “2.0” version that could retain some of the major plot points despite modern technology. This isn’t all for entertainment folks…stick around to the end to see some classroom ideas for getting your kids to reflect on this as well.  [SPOILER ALERT – If you haven’t seen some of these films, I give away some major plot points]

This movie adaptation of a Steven King classic has many of the modern horror movie tropes: Damsel in distress, lack of resources, no one else around to hear, etc.  A majority of the film takes place with the mother and child trapped by a large rabid St. Bernard in their Ford Pinto.  Unable to escape, they are terrorized throughout before finally making a narrow escape at the movie’s end.

Discovering they are trapped in a non-working Pinto, Donna takes out her cell phone and asks Siri for help.

“Let me find that for you.”

She’s trapped in the car, asks Siri for help only to hear repeatedly “I’m sorry, I didn’t get that” because of the growling dog in the background.

Silence of the Lambs –

In one of the more tense scenes, Agent Starling is trapped in a basement looking for Buffalo Bill.  He kills the lights and dons a pair of night vision goggles adding to the tension.

Silence of the Lambs TODAY –

Agent Starling, shocked when the lights go out, calmly pulls out her phone and turns on her flashlight app, blinding Buffalo Bill and helping her save the day.

Her flashlight app requires an update to iOS8 that doesn’t work with the crappy wifi in the basement.

When the family sets up the meeting between Michael and Sollozzo, a stressful sequence follows while the family tries to discover where the meeting will take place so that Michael can have a gun planted there.  They discover the location right as Michael’s about to walk out the door and they are able to plant the gun in time.

Michael shares his Apple ID (KidCorleone@gmail.com) with his brother who uses iCloud and the Find My iPhone feature to locate where Michael is at.  Michael doesn’t have to find a gun behind a toilet because now the gunman can just come in and mow everybody down.

Michael forgets to enable Find My iPhone…essentially keeping him off the grid. Luckily his brother discovers that Sollozzo is at Louis’ Restaurant when he inadvertently checks in on Foursquare and posts:  “About to get my grub on (location: Louis’ Restaurant, Bronx)”

A great movie about early stereotypes and beliefs around interracial marriage, young Joey is excited to tell her parents all about her new fiance, John Prentice, only to be thrown into the turmoil around their prejudices when they discover the color of his skin.

Joey’s parents may have still been shocked, but if she had created an Evite to the dinner invitation, they would at least have had a warning by seeing who was on the guest list.

Instead his face on Evite, John Prentice just uses the default avatar, thus hiding his identity.

In one of the most quoted lines of all time, Cole Sear reveals that he “sees dead people.”  This unbelievable declaration drives through most of the film and really throws the viewer for a loop when the final plot twist is revealed.

Rather than tell people he sees dead people, Cole starts taking “Selfies with Dead People” to prove he’s not crazy. (or “Cray-cray” as the kids today say it)

He’s unable to post the selfies to Instagram because he’s not 13+, thus rendering his evidence useless since we all know if it’s not on Instagram, it can’t be real.

Norman runs the Bates Motel, a place that seems to have perpetual sudden vacancies and an inn keeper that doesn’t seem to be all there.

A series of bad Yelp reviews about the blood stains and peep holes drive travelers away from the motel. One yelper reveals “I’ll never go back here again. The owner guy’s mother can be heard hollering at him day and night.  #soannoying”

Norman’s mother creates a bunch of fake Yelp accounts and sways the rating and feedback to be overwhelmingly positive.  One such dummy review states that “long, hot showers are a must” in the spacious bathrooms with tear-away curtains.

From IMDB – Five high school students, all different stereotypes, meet in detention, where they pour their hearts out to each other, and discover how they have a lot more in common than they thought. A major point of this movie is Mr. Vernon checking on them to make sure they are obeying and sitting quietly not talking to each other.

The kids happily agree not to talk to each other, because that can just be plain awkward anyway.  Instead they friend each other on SnapChat and have loads of “private” conversations without Bender ever finding out.

Shermer High School has a strict policy banning any and all cell phone use. The kids are now faced with an uncomfortable decision of having actual conversations rather than burying their faces in their phones.

This classic Rom-com shows the main characters (Harry & Sally [Spoiler]) continually running into each other throughout their lives.  These cause amazingly funny and quaint scenes where they share anecdotes of their previous lives and eventually lead to their following in love with each other.

After college, Harry and Sally stay connected via Facebook.  While this means they can always keep up with each other, it also means that those charming little anecdotes can’t happen because they can always respond with “Oh yeah, I saw you posted that on Facebook.”  They stay friends, but never fall in love.

Sally doesn’t believe in social media and isn’t on Facebook.  However, her friends convince her to get on Match.com and her profile keeps matching her with the same guy over and over again, who turns out to be….her old acquaintance Harry.

While this is fun to think about and ponder, how could we apply this to learning?  What if a classic fairytale got a modern reboot?  Or how about contemplating how a major historical event would have changed if we had modern technology?  You could even reverse it and try to get the kids to imagine a recent event and what would have happened if the same event happened in the 1950’s.   Lots of potential here….post your ideas in the comment section below.