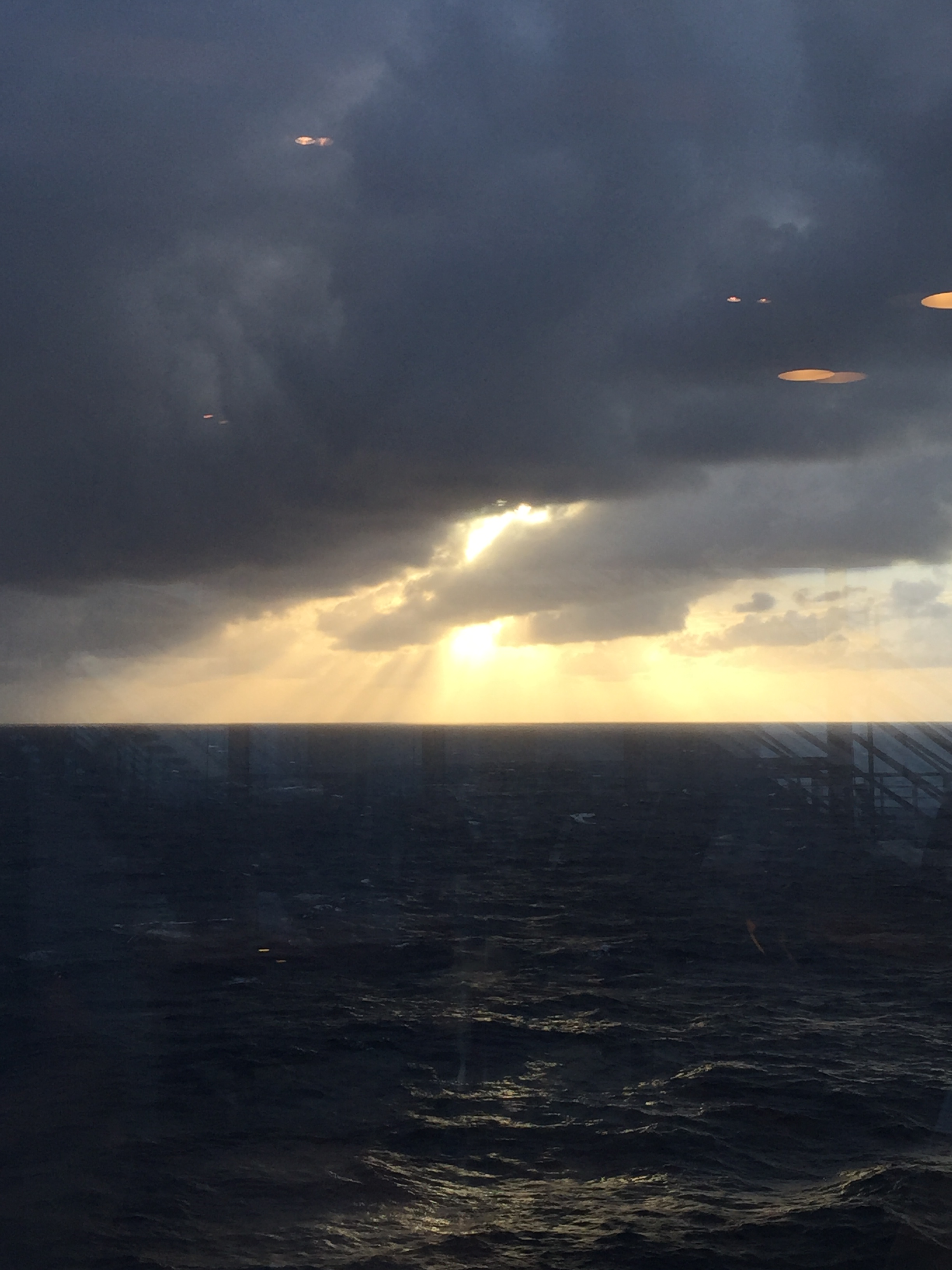 The beginning of a new year brings with it hope and eternal optimism.  We set resolutions that we hope to keep and dream about what possibilities lie ahead for us in the coming year.  Over the last several years, I’ve written a blog post predicting a few things I think might be possible both in and out of education.  Some of these I feel fairly certain about and others…well….there is the word “BOLD” in the title right?  In looking back at my past predictions (here are 2013, 2014, and 2015 for point of reference), I think I’m hitting at around 50% on some of these. Some notable favorites were last year’s prediction that the state of Texas would drop out of its contract with Pearson and my 2014 prediction that wearable technology would start making its way into the classroom.  That said, I also predicted that at some point we would ban the all-in-one classroom desk and that my “Giving Up Google For Lent” experiment would be the stuff of legends (I made it all of 2 days).  But hey, they can’t all be gems right?

So, with an eye on a hopeful future, here are my predictions for 2016:

A School will try a Self-Driving Bus

I’ve gone on record for saying that I want to own the first legal self-driving car in Texas.  Not only do I think that it would help me multi-task, I think it would be a great hand-me-down car for my daughter when she becomes legal driving age in 2024.  Believe it or not, there’s actually hope for this as Google started testing their self-driving “Art Cars” here in Austin last fall.  But this isn’t about me, it’s about education.  So here’s a BOLD prediction that actually makes sense if it’s safe enough: Self-driving school buses.  Think about it, there are tons of accidents with buses already and the driver is constantly distracted by what the kids are doing. So why not turn the driver into a monitor and let the computer do the driving?  You may laugh but people are already using the Uber-like service called “Shuttle” to take kids to and from school, this just seems like the necessary next step.

MYOT – Make Your Own Textbook Becomes a Reality

Many have dabbled on the fringes of this idea whether it be creating their own iBook or online course, but I think the time is ripe for us to eschew the major textbook companies and begin to design our own. Our own government is promoting more and more free OER content which could really help make this prediction a reality. I know I ranted about how the textbook should go extinct in this post, but think about it. We’ve evolved in so many ways with technology, so why are we still trying to make our textbooks fit inside virtual brown-paper bag covers? (remember those?!)

A “Teen Social Media Prediction” app will be invented

With some of the latest news about apps like Brighten and After School making the rounds before the holiday break, parents are exasperated. They want to know how to stay ahead of the kids to keep up to date on where they are “hanging out” virtually.  The truth is, I’m not sure there will ever be a way to do this, but since data privacy and big data seem to be converging, it would make sense that a clever coder somewhere would be able to use some predictive analytics that would show us where teens are going next.  Take those analytics and put them together into a snazzy little app that notifies parents and Kazaam! You have a million dollar idea right in your pocket. It couldn’t hurt to try at least right?

And the second that app is invented, another app will be invented that falsly tells parents which platform they think their teens will go next just to throw them off the scent. However, along the way, some will discover that parenting is still parenting regardless of social media, devices, or even the great 21st century debate about “when should my child get a smartphone?”

It’s happened with teaching like a pirate and even to some extent with zombies, so why not a school based on the popular film series? After all, Richard Wells (@eduWells) already designed these 10 awesome posters integrating Star Wars legos and education. If you had a school that used a project-based design, you could have the students answer the really important questions like: How fast is 12 parsecs? (I know, technically, it’s a length of measure not time) What is the mass of the Death Star?  Why does Darth Vader need that mask to breath biologically?  Did Greedo shoot first?  These and many more questions can be dissected over several interdisciplinary units of study. And even better…when you graduate you go from Padawan to Jedi master!

If you can’t tell by our 2016 logo, this year’s iPadpalooza will be a summer blockbuster of epic proportions.  I’m not allowed to say much more than that, but do know that one keynote will be absolutely magical (Simon Pierro, the “iPad Magician” of Ellen fame) and that we’ll likely be the only educational event you attend this year where people dress up like their favorite science fiction characters. (Queue geeky Wookie roars here)

Call for proposals is now open and you can still register at the early bird rate now!

The Election Will Be Televised…via Periscope

With major presidential elections happening in the U.S. every four years, it’s kind of cool to see how much has changed in the technology field over that time.  President Obama was known as one of the first to embrace social media as a means of connecting.  Much like JFK and television, that connection really came in handy on election day.  This year, with major news organizations already promoting their own agenda and affiliates, I really think using platforms like Periscope, SnapChat and the like will help individualize what we want to learn and hear about the candidates. Or at the very least it will provide some fun reality TV-like media fodder when a candidate uses the social media tool incorrectly. (you paying attention Rick Perry!)

The “Undead” learning movement will happen!

At last year’s iPadpalooza event I gave a mini-keynote about how the only days where learning doesn’t happen in schools is during mandatory state testing days.  I called it “Undead” learning because in an essence, our students’ brains are much like those of zombies in terms of which synapsis are firing during this time of year.  What we learn from their testing data is kind of like an autopsy too since we don’t actually discover what they learned until they’ve left the school year. While, I do think there are good ways to measure student growth, this year I’m asking that we start a mini-revolution by simply snapping a #2 pencil in half during testing season and posting it to social media with the hashtag #UndeadLearning.  My BOLD prediction: Hundreds of educators will participate!

A School will go 1:1 cardboard

Virtual reality is becoming more and more of the rage in the business world. With Microsoft’s Hololens as well as other players already entering, leaving, and potentially re-entering the market (Hello, Google Glass), it makes sense that schools will want to embrace some of this technology too. The truth of the matter is that schools can’t afford a HoloLens for every student to make virtual a reality. (See what I did there?) Enter the Google Cardboard Expedition.  Google’s latest low-cost gadget leverages schools already using a BYOD or 1:1 device to takes students on virtual field trips all over the world.  Many schools are experimenting with this technology now and I’d bet this year, a school officially becomes a “1:1 cardboard” school.

With my 6-part book series on Mobile Learning Mindset completing at some point this calendar year, I might actually try my hand at a modernized, mobile-friendly children’s book.  Think zombies meets Star Wars meets Harry Potter…ok, so it might need some work.  Oh, and I while I’m at it, I might also need a pen name. Especially if there’s any hope of getting it onto the shelves of schools around the country. 🙂

0 comments on “BOLD Predictions Sure to Go Wrong in 2016”