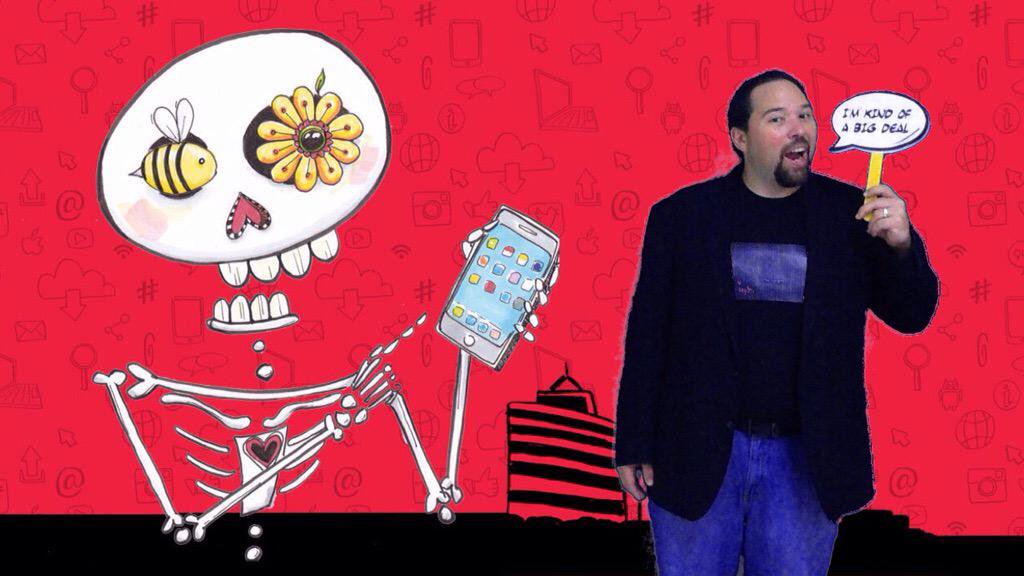 Making predictions can be a messy game.  I mean not all of us can have a Miss Cleo in our back pocket for getting things right.  Part of why I do these predictions is to get me to think about the future direction of educational technology, including some likely absurd ideas.  The other part is what I’m doing right now; reflecting on the year that has been and how many of these actually came true.  In looking at 2014’s review, I hit on a few, missed on a few (giving up Google for lent? C’mon!) and sort of in between on others.  In January of this year, I made a set of ten more predictions that I thought were sure to go wrong in 2015 (remember, “bold” is in the title). Now for the moment of truth, let’s see how I did.

I’ve seen more sessions at conferences around the idea of automated or “smart” classrooms, but the technology is still a far ways off.  I think as beacon technology becomes more ubiquitous and more and more devices enter schools, this one will become a reality. I do think with the recent debates over student privacy, we will have to go through some legal loopholes before a truly automated classroom becomes a reality.

2. Pearson will lose its testing contract in Texas

I am actually still in a state of shock that Texas would go a different direction, but with the exception of a few hold over assessments, we essentially dropped our contract with Pearson.  While I’m still not sure that replacement system ETS is much better, one thing is for certain, those people looking for jobs scoring 4th grade writing tests on Craigslist are surely going to be disappointed.

3. Wearables will take over the world…and then regress

I made some jokes about the soon-to-be-formed P.A.W. (“People Against Wearables”) but in reality wearables came on like gang-busters in 2015, especially early in the year. After the Apple Watch hit the market, it became commonplace to see people checking their wrists for cute emoji-based text messages.  While I heard some rumors of a school in Australia going 1:1 with Apple Watches (for health data research), I think the fervor over wearables, coupled with the afore mentioned data privacy has slowed down the wearable market.  It still didn’t stop me from wearing this cool Matrix-like light up shirt at iPadpaloozaSouthTx this past summer!

4. A human battery level app will be invented

So we haven’t entered cyborg-level yet, but I can tell you this partially came true this week when my dad went in to replace the battery on his heart defibrillator. That’s close right?

Outcome: Not quite, but it was a blast!

We ramped up the challenges to over 30 in the 3 days of iPadpalooza and dozens of teams rose to the challenge.  We had people doing “jumper” pics into swimming pools, putting bunny ears on Felix Jacomino, and tearing up the stage at lunch-time karaoke. The winning team each walked away with their own Apple Watch! All of this sets up for a crazy 2016 race as we continue to raise the bar and up the ante.  Check out the highlight video here and be sure to register now as the early bird rates are going on through the holidays!

Outcome: Still a ways off

We did see the price of 3D printers continue to drop and even got introduced to these snazzy $99 3D doodler pens, they are not quite common place yet.  I do think in several years we will be at a place where we can truly “download” the parts we need to fix something, but for now I’ll just patiently wait for hours as this machine prints out a mini-bust of my own head.

7. Someone will complete the 21 things every 21st century educator should do

This blog post made the rounds for the past year and half as a list of things every teachers should try to do in their classroom.  Many tried it, but I’ve yet to find one person who completed all of them.  Rather than rest on my laurels, I decided to up the game and create this “36 Weeks of Innovation” post for teachers to try one thing in their classroom every week.  As of this writing, I know of many that have done some, but none that have done them all.

8. Drones will make their way into education

This was sort of a joke when I wrote it last January, but it is actually now becoming a reality.  Last week we completed our national “Hour of code” and I saw many posts on social media about kids programming and coding their own drones.  In fact, amazingly enough, I may have predicted what iPadpalooza Keynote Adam Bellow would do this year during his presentation.  During the middle of his keynote, he use the Tickle App to successfully program and fly a drone out into the crowd and then watch it turn around and come back.  Check out his full keynote (post on YouTube for the first time today!) below and watch the magic happen:

Outcome: Not even close

I had grand plans this past year to follow up my #Student4aDay challenge in 2014 with a gauntlet of going through every grade level as a student. While I’m not dismissing this one for myself, I did see more and more people trying the #Student4aDay challenge in their own schools.  I think it’s one of the best ways to really experience what kids go through on a daily basis as well as seeing how administrative decisions (like 1:1 technology) impact the classroom.

This was more of a way to blackmail myself then anything, but after searching for a publishing house in early 2015, ISTE Publishing came knocking on my virtual door.  I am excited to announce that I will be creating a 6-book series titled “Mobile Learning Mindset” in 2016 & 2017.  Each book will focus on a different area of the school environment.  The first two books (focusing on district and campus leadership) will hit shelves in early March of 2016.  The last four books will dive into mobile learning in the classroom, professional learning, technical support and the role of parents and community during a mobile learning initiative.  While I’m extremely honored and blessed to be a published author, I can tell you that it is NOTHING like blog writing.  I’m hopeful that these books will go a long way in helping schools on their own mobile learning journey and can’t wait to see them in print (both real print and virtual).

And that puts a bow on 2015.  All in all, I was surprised by some of the results and not so much about others.  I’m now going to start brainstorming for 2016 and will publish those after the New Year.  What did you think about these predictions? What predictions do you have for 2016? Comment below, and if I use it in my next post (as a “guest prediction”) I’ll give you full credit!

4 comments on “Reviewing my 2015 “Bold” Predictions for Ed Tech”