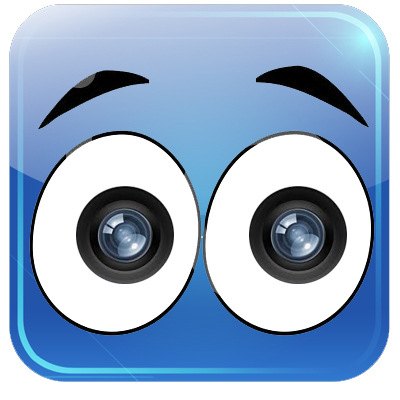 About a year ago, we decided after much input to open up YouTube Safe Search for students.  While there can be a lot of mind-numbing videos about squirrels on jet-skis, there is also a large amount of instructional content on there.  Want to learn how to do Photoshop?  Or maybe just the right way to carve a turkey? It’s all on there.

Being a 1:1 iPad school district means that anything we enable on the filter side, pretty much goes out to all students since it’s all at their finger tips.  It’s taken some time for teachers to adjust to this new student-centered focused on learning versus the teacher as “disseminator of all information” model.  One thing we’ve noticed throughout this initiative is that a lecture-based, teacher at the front, method of instruction lends itself to more distraction and less educational use of the devices.  As teachers have shifted the knowledge to the students, distraction has decreased and learning with iPads as tools has increased.  This may seem like a simple enough switch, but we are asking some of the best and brightest teachers to change everything they have been doing the past 20-25 years successfully. Which brings me to last January and the opening of YouTube.

Ten full minutes after announcing that YouTube would be open for students, I received the following email: (Name omitted)

I knew the sender of this email very well and for the sake of this article we’ll just refer to him as Jim.  Being a very accomplished teacher, I realized the worry that Jim had with all the distraction and possible off-task behavior.  I had a list of apps that allow some sort of screen-sheltered management.  Apps like Nearpod or “Focus” by JAMF allow some form of screen control and embedded lock-down.  My gut reaction was to seek out one of these apps as a way to help this him with his teaching.  Knowing Jim well though, I decided on a different approach and response:

I made sure to include the all important smiley face on my response so that Jim knew I was being somewhat tongue-in-cheek but also sincere when it came to thinking about shifting the pedagogical practice he was employing. I later regretted not adding the statement that you can also use your “iMouth” to enforce restrictions.

While this was done to spark thinking and hopefully garner a bit of a laugh, the overall message has had some affect, even outside of Jim’s classroom.  I mentioned this to some colleagues shortly after this and word spread about the “2Eyes” app.  Before I knew it, people were actually sending me messages asking what the 2 Eyes app was because they couldn’t find it in the app store.  In fact, Jim even responded with “I know that Carl. In fact, any teacher worth their salt knows that.  It’s just that…this is hard!  Having all this distraction pulls their attention away from what I’m trying to teach them.”

We ended the email exchange and opted for a face to face conversation, at which point I offered some assistance.  While I couldn’t ask him to change his entire pedagogical practice, I made him a  promise to work with him on changing some of what he’s currently doing to a more student-centered approach.  A month later, Jim invited me into the classroom to watch an interactive lesson using formative assessment and Socrative.  While this wasn’t a complete shift to student-driven learning, it was a step in the right direction and helped solve two issues:

1. Students felt much more empowered and more engaged in the class and lesson. When I informally asked them what they thought of this new approach many mentioned it made learning fun again.  Some said that normally (even without an iPad), they would just check out and day-dream while the teacher asked the kids questions.  Now they felt like they needed to participate to be a part of the class.

2. The teacher also left feeling empowered.  Jim was able to walk around the room and send out the questions via the app and watch and listen as kids responded.  He was able to instantly show the class data on the screen and have discussion about which points the group did poorly on.  He was able to focus his direct instruction on those weaker areas in future lessons.

The moral of this story is that changing in teaching practice doesn’t happen overnight. You can put new devices in the hands of kids, but without some adjustments by the instructors, they are little more than expensive eReaders. I applaud teachers like Jim who have the courage to reach out and admit that this is hard.  His original email was a call for help and I could have taken the easy way out by just giving him some screen-controlling app and been on my merry way.

That would have benefitted me in terms of time and energy saved from having to work with him on those changes.  It would have benefitted Jim because he could have had a quick fix for teaching the kids.  There’s one group though that wouldn’t have benefitted, those students in Jim’s class.  They are the reason we are all here and sometimes it means taking the more difficult road if it’s for the betterment of learning.

If you are a teacher or administrator reading this, you will experience this exact scenario if you haven’t already when it comes to a “mobile device initiative” or BYOD.   While it may seem like that easiest answer is the best answer, take a moment to think to yourself and ask the question: Is this beneficial to student learning?

8 comments on “The Best App For Monitoring Students”