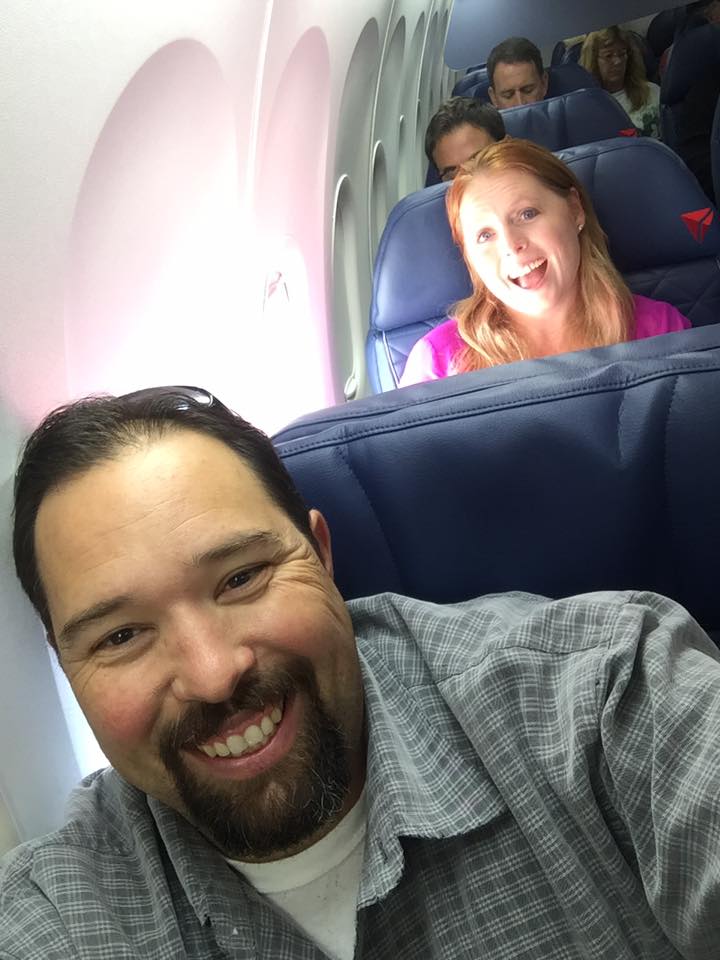 What I’m about to share is personal. This is not about airing dirty laundry or humble-bragging about my accomplishments, it’s simply a reflection on a life event that happened to me in 2016 that started me down a path that I’m now traveling on.

I’m sharing this with you my readers for a few reasons. One, you might find yourself in a similar predicament at your own work either now or in the future. Two, you may be someone that gets jealous or upset when a colleague is doing something else for side work. Maybe they are making money on Teachers Pay Teachers or have a successful sewing business on Etsy. Regardless, what they are doing off the clock is bothering you enough to file a complaint. Lastly, you may be a leader put in this situation where you have one employee complaining about what another is doing with their time. If you are one of these people reading this, I hope my story gives you a little perspective and insight into how culture can affect the workplace.

I recently had a memory pop up on my Facebook feed from 5 years ago that triggered a stream of emotions. It made me realize that you never know when a moment can have a major impact on your future life. This photo was one of them.

I re-shared this photo and posted the story below on my page. After several messages, comments, and texts, I’ve now decided to share it publicly on this blog as well based on the encouragement of my friends and peers. Now that some time and distance has passed from the events of that day, I’m feeling reflective and also thankful for where I ended up.

First, some context. I had taken a few days off to travel to Maine for the ACTEM conference where I was the closing keynote. My wife had never seen the turning of leaves that is magic in the Northeast during the fall. Before we boarded the plane, to our surprise, we were offered first class upgrades at almost no cost since the plane was over capacity. It was my only time in first class and unfortunately we didn’t get to sit together, which we both found hilarious. I snapped the photo above and posted it on Facebook, sharing the story with friends and family.

Then, all hell broke loose.

By the time we landed my phone was blowing up. I received several messages from my supervisors to contact them. I was worried that something had happened to one of my staff or maybe my kids, but it wasn’t that. They wanted to let me know that someone in the district took offense to me posting the photo on my Facebook page. They felt it showed unprofessionalism and perhaps, in their mind, some level of bragging about my accomplishments while they thought I was on the district dime. I was off traveling first class and “missing work” even though in actuality, I was using vacation days for this event while still working remotely (a foreign concept in 2016). But that didn’t matter to this individual. It upset them enough to reach out to my bosses and to this day, I don’t know who reported it.

But, in retrospect, I want to thank them for doing this.

Then, after the guilt subsided, I felt angry. I felt betrayed and realized at the moment that I had begun somewhat of the grieving process. I moved from guilt to anger and the next stage was the hardest; Depression. I was distraught and in tears. I felt alone on an island that I had chosen to banish myself on.

After spending several days in anxiety-induced pain, I began the upward turn. I started to reflect on my career and the support of my organization. Honestly, it was really the first time I felt like I could possibly step out of my administrator role in the district into something bigger and better.

As much as I wish I could say I arrived at this decision by myself, it would be a lie. My wife played a major role in supporting and encouraging the change. She sat with me those days and watched me wrenched in agony with tears of frustration streaming down my face. I tried to hide it throughout the trip, but she could see my shine starting to dim. She felt their might be a better path.

There were many other dominos that would fall from that date to June of 2019 when I would ultimately leave my role in the district, but this was the first domino. I’ll save the other dominos for my personal memoirs, but I feel this particular moment was pivotal in making me realize a couple of things. You never how things will affect people and how that in turn will affect you. It also showed me the differences of having a supportive work environment versus a toxic one.

I understand that I come from a place of privilege. I’ve always had a mixture of luck and timing in my life, but behind the scenes, there’s a lot of sweat. I spent years working on my “side hustle” and burning the candle at both ends to make enough to support our growing family. I spent even more time building up a top-notch, nationally recognized 1-to-1 program with an even more amazing team of talented ed techs (the “iVengers”) to support it. That domino falling would make me keenly aware that any work outside of the district was no longer being supported, in fact, it was now discouraged.

When I returned from my trip, I immediately felt a change. Something was different in the office. There was resentment, both from me and from a couple of my colleagues. I tried my best over the next few years to navigate this. I was open and honest about when I would be off and when I wouldn’t be. They were assured I was always available remotely for help. One time I even walked off stage after a keynote at an event only to immediately take a phone call from an angry parent in our community. But these changes only staved off the inevitable.

In 2018, my dad had a major operation to save his heart. Between the side-work, my ‘day job’ and the hours spent at the hospital, the stress was taking a toll on my body. My blood pressure began to become a concern as well as my heart. The doctor tried to prescribe a variety of drugs but ultimately, they told me that my stress and weight were the root causes. My co-workers were fine with me visiting dad at the hospital, but whenever I traveled, I sensed the shoulder turning colder following each trip. Guilt, anger, betrayal, acceptance, rinse and repeat. I knew my days were numbered.

Posting that photo haunted me for years. It wasn’t until some five years later that I truly appreciate this moment. I always try and take ownership of my mistakes (believe me, I have many) and reflect on how I could do better in the future. My short-term response was to no longer post or share about any of the places I was going. I felt tremendous shame for doing so. It was obvious that’s what triggered the complaint, but in all honesty, there was a bigger issue lurking beneath the surface. A culture change was afoot.

As a leader, I try to think how I would handle that situation had I been in the shoes of my supervisor. Would I have followed the same course? In retrospect, my boss was put in a tricky spot. On one hand you want to support your employee but on the other you also want to make him aware there is a conflict. Had I been in his shoes, I might have said to the complainer, “He’s on vacation that was approved by me. I’ll share your concern with him when he returns.” Doing that might have kept that domino from falling.

Before I wrap up, I want to share a few words about the district I worked at for 13 years. I still deeply cherish my time there. I’ve made many life-long friends with teachers and parents in that community that I value to this day. I wouldn’t trade in one moment, but we all change as we grow. It eventually became obvious that I needed to move on and travel a different path. My wife always tells me “the grass is greener where you water it.” Well now it was time to water my lawn at home. My kids are young and my parents are aging. I’ll never get these moments back in life.

This moment solidified a couple of beliefs that have been building in the back of my mind. One is that opportunity can arise out of unforeseen places, even those that may have a short-term negative impact on your life. The other is, that you have to have a STRONG support system to grow, learn, be creative and to ultimately navigate change. My support system was sitting right behind me on that flight and has been beside me through it all before and ever since. Love you, babe.

2 comments on “How Culture Can Grow (or Diminish) Talent”