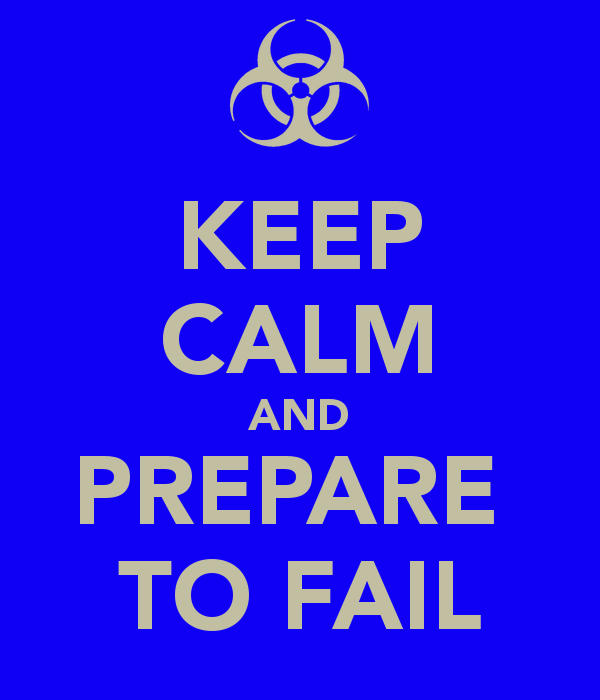 So your district or school is planning or in the process of implementing some sort of 1:1 device initiative.  Seeing as these are all the rage, seems like it’s a given that your deployment will be a smashing success, right?  Here’s the truth….

It may not be monumental failure, but parts of your deployment will not work.  Whether it be the MDM that manages them or the rising stack of parent concerns, you will be faced with a choice as a district: retreat or carry on.  In the wake of the LAUSD story and the recent Ft. Bend ISD news here in Texas about ‘re-evaluating’ their deployments, I thought it’d be a good time to reflect on why some deployments work and some don’t work.  I’ll let you know that our deployment was far from flawless, as I’ve listed here, but we had tools in place to overcome issues before they became an “Implementation Killer”.

The Importance of Buy-In

A leader trying to make a splash in student learning can sometimes forget one of the most simple steps — community buy-in.  While giving a device can be a transformative learning experience, without some initial buy-in from teacher leaders and community members, it will ultimately fail.  This buy-in is the foundation by which all programs succeed.  Having a strong foundation based on community buy-in means being able to weather the storm of students breaking restrictions or teachers being frustrated by initial classroom distraction.  In our district we held 27 different meetings/presentations to staff and the community to talk about the program and its expectations over the course of the first couple of years.

Technology changes by the milli-second, so there is a sense of urgency to go from pilot to full-fledged implementation overnight.  This is a natural instinct, especially from those wanting to make sure that all students are on the same model of device.  Unless your district is on the small-side (less than 1000 students), figure on it taking 2-3 years before you have widespread effective implementation.  Can you deploy all the devices in one year?  Sure, but be prepared for multiple fires to put out and for a very basic level of integration of the devices in the classroom.  It’s much easier to focus you attention on smaller scenarios and fan the flames of its success into a larger implementation, rather than just have the equivalent of widespread panic throughout your buildings due to lack of support, direction and successful pilot scenarios.

Focusing on the Device

Being a part of an “iPad 1:1” means there’s immediately a label and focus on the device.  If you make your program centered around the type of device you are getting, be it an android or a Chromebook, and not around the “how and why” you are doing the 1:1, you’ll make your program obsolete before it gets going. Focus your 1:1 on district goals and missions with intentional omission of what type of device you’ll use to achieve this transformative learning.  By NOT focusing on a device, you can be nimble with future implementations and not pigeon-hole yourself into one type of device.  It takes lots of different tools/resources to achieve a higher-level of student-driven learning.

Not Letting Instruction Guide Your Pilot

Everyone is under a time crunch.  The tech department’s main job is to optimize the way devices are deployed.  This usually means that it’ll be disruptive to the classroom in some form or fashion.   If you base your initial deployment on location, demographics, or ease of rollout on the technology department, you’ll have some serious problems.  Rather than do that, focus your initial pilot on those teams or grade levels that are the most ready and open to change.  Not only will you likely have more successes to share from this group of early adopters, they will also be much more understanding when certain things don’t work. Much like the buy-in comment above, they will also be the ones that ultimately decide whether district-wide expansion is a “Must” or just a “nice to have” for all other grade levels.  Choose this group wisely….

Many districts that deploy a certain device to a group also hire built-in trainers from the company that supplied the device.  While this is better than nothing, this training is usually focused on how to use the device technically with a couple of classroom examples thrown into the mix if you are lucky.  A deeper understanding of classroom integration is needed (and repeated).  This doesn’t happen overnight or over the course of a 2-day training seminar.  Districts wanting to reach those lofty goals of transforming instruction need to think about investing in either continual outsourced training from a trusted company (ideally one not tied to a particular device) or hiring staff full-time to provide just-in-time training throughout the year.  One of the reasons I’ve enjoyed my work with EdTechTeacher is that they are focused on this kind of transformational integration in their workshop offerings to schools that can’t afford a full-time person.  In my district, I’m fortunate enough to have a great team of “iVengers” to provide this, but again, where many districts go wrong is mentality that just dropping the devices into classrooms will make magic happen.  These are a gift with a tail and it’s time we made it a priority to pay for that tail.

Parents can be an X-factor in any deployment.  They can either be supportive or drive your deployment into the ground by strumming up enough negative support.  It’s important to realize that these devices are not only disruptive to learning in the classroom but also to the rules and guidelines set-up in the home.  While many students that take these devices home likely have their own device, supplying a device from the district means that it doesn’t belong to the family and some parents may feel uncomfortable putting rules and restrictions on this device.  It’s imperative that parents have options to control these devices in some format while under their roof.  This can be as simple as not letting little Junior install his own apps or requiring the student complete a list of choirs prior to having the WiFi password for the day.  As painful as it can be at the moment, some of the most valuable conversations I’ve had during our deployment has come from parents not pleased with what we were doing initially.   Giving them the digital tools and reinforcing their ability to “be a parent” go a long way in turning those most ardent critics into supporters of your program.  In many cases, the conversations around digital wellness need to be happening before their child goes off to college.  Your 1:1 deployment just brought that necessity to light so both the school and the parents should take advantage of the opportunity to dialogue with students on what’s right or wrong in the digital world.

Have Patience and Give the Gift of Time

If you are spearheading a 1:1 deployment or a teacher on the leading edge of it, you might be frustrated by the lack of others to get on the bus right away.  In order to make the shift to a student-centered instructional model with the device and teacher supporting the learning, it takes time and patience.  In some cases you are dealing with accomplished teachers that have been highly successful with they way they have been teaching for the past 30 some odd years. This new disruption could be an affront to their pedagogical ideals if they weren’t involved in the process (see first point on buy-in).   While you’ll always have early adopters and innovators with a new device, it’s getting the next group on board that will create a tipping point of momentum towards your goals. This group of accomplished teachers makes up about 80% of your staff and for them, they need to see how this technology will not only make their lives easier, but also will make learning more meaningful for students.  In some cases, this may only take one “aha” moment.  In the case of the skeptical teacher it could take months or years to convince them there might be a better way. At any rate, have patience and give staff time together to plan and share their integration strategies.  Giving the gift of time (in our case common-planning periods) for a team of teachers allows them freedom to think and try out new ideas in a safe environment.   Some of the most powerful teaching and learning strategies come from this informal get togethers.  If at all possible, build this time into the schedule of those in your pilot or full deployment.  It’ll be a gift that keeps on giving.

Bottom line – If you follow all this advice, will parts of your deployment still fail?  Yes.  There’s no way to account for every single variable that will come your way on this adventure.  However, if you have invested in these areas before, during and after deployment, you’ll find that your recovery from little failures are not only possible, you’ll become a much stronger team of teachers and learners as a result of it.

Editor’s Note: For those of you that enjoyed this post, please check out its companion post on 7 Ways to Sabotage a Device Initiative posted in Edudemic.

5 comments on “Why Your 1:1 Deployment Will Fail”