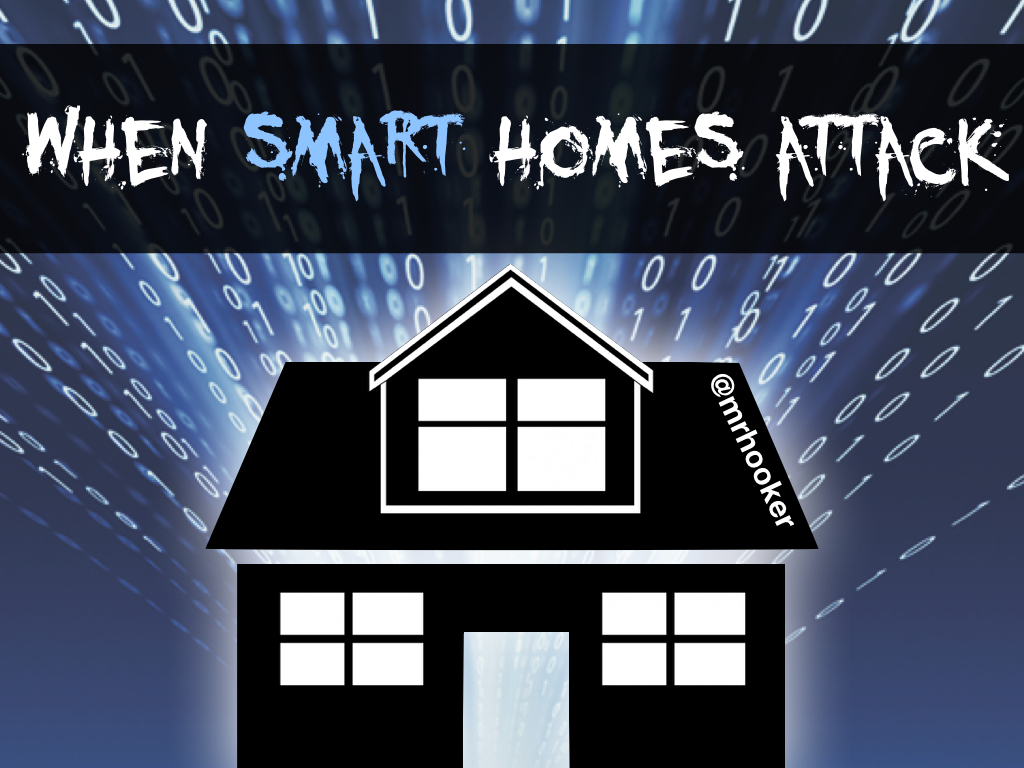 Editor’s note: The following is a recreation of actual events that happened on January 16, 2018 in Austin, TX. No one was harmed as a result of the events, save for some emotional scarring.

This past weekend, I decided to install a new wireless router. While this seems like a fairly mundane task of the 21st century family, what follows is an actual account of the events that transpired as a result of this.

First, some back story.

The last time I changed our home wireless router was 2012. I remember it well. It was a much more peaceful time then. Wireless connectivity was really only needed for my laptop and phone on occasion to save on data. We frolicked in the fields, played video games and watched cable television.

As what happened next will prove, present times are not so innocent and simple.

10:06AM – I started the morning by unplugging my gerbil-wheel-powered first-gen Netgear router that I bought at Radio Shack.

10:07AM – I began to look through the manual for my new, fancier, ultra-strong bandwidth system that’s all but guaranteed to make your skin tingle when you walk by it (It’s called something like the RoBoWiFi 3000 or the like).

10:19AM – A cold chill began to fill our home as I fumbled through the various cables and plugs under my desk.

10:22AM – The chattering teeth of my family alerted me to a major problem. You see, we use a Nest thermostat to control our house temperature. Without wifi, it had gone off-line and in “away” mode thus shutting off our heater during the coldest day in Austin since 1884. Suddenly, I knew the pressure was one to get this new router set up.

10:27AM – I went to turn on the lamp near my desk to get some better light and nothing happened. Last year, I had installed a Twist speaker bulb that was controlled by my phone through our wireless. It turns out I didn’t set it into an off-line mode, essentially, making the bulb useless.

10:31AM – I hear a tremendous shriek from our living room. We had cut cable a couple of months ago, which has been great, but also meant that any type of TV watching experience was now reliant on a combination of Chromecast, FireStick, AppleTV and aluminum foil antenna.  My kids plans for snow-day of watching every episode of “Dragon’s Edge” was now interrupted.

10:33AM – Shortly after scrambling for something to distract them under their heavy blankets, I mindlessly hand them their iPad. One problem, their favorite Animal Jam app required network access. This was getting serious.

10:35:08 AM – Alexa’s response, “Sorry, I can’t connect to the network right now and are therefor a useless black monolith sitting on your kitchen counter.”

10:37AM (or so I thought) – I checked my watch to see how long we had been without Wifi.  As chilly breath became visible out of my mouth, I realized my Smart watch no longer had connectivity.

The world was ending in the Hooker household in little less than an hour.

I saw my life flashing before my eyes but realized it was only the flashing amber light of the new router attempting to connect. Years later, when they become adults, I imagine my kids will be telling their families how hard life was for them. They’ll tell them about the time their father nearly killed them when he pulled the wifi during a snow storm. The struggle was real.

10:55AM – I got the wifi back online and quickly connected all our mobile devices, laptops, Nest, security systems, Alexa, light bulbs and even our Crockpot. (Yes, our Crockpot has wifi, don’t judge!)  The whole scene played out like that scene in Jurassic Park where Samuel Jackson was frantically trying to get systems back online. (see side bar)

This whole experience made me reflect at how quickly we have slow-boiled ourselves into a world where we rely on constant connection. My family owns a  lake cabin and have recently been debating whether or not to put wireless access there. Currently it’s equipped with all the essentials of life: An Atari, board games, a campfire, and woods. Life seems different there.

Not better or worse…just different.

Today I came across a short story by Ray Bradbury called The Veldt.  He wrote this story in 1950 and essentially outlines a future world where our homes are uber-automated with virtual walls, virtual smells and experiences that feed off of our thoughts. Our bathtubs bathe us, our toothbrushes work automatically, and we don’t have to life a finger to fold laundry. (cue the Laundry-folding robot from last week’s CES event). I won’t give away the ending, but let’s just say, life takes an unexpected turn for this family. (here’s the cheesy 80’s video version for those of you non-readers)

In a curious turn of events, I remembered one of my favorite Deadmau5 songs is called “The Veldt” and discovered the video is essentially a shout out to this Ray Bradbury short story. After you read the story, watch the video below.

I would love you to leave your comments below and hear your thoughts on what this all means for us as parents, as humans, and as a society.  I don’t see this future getting any slower for us, but I think an awareness of the pros and cons of automaticity should happen as we connect more appliances to our homes.

Hold on to your butts!

5 comments on “When Smart Homes Attack”