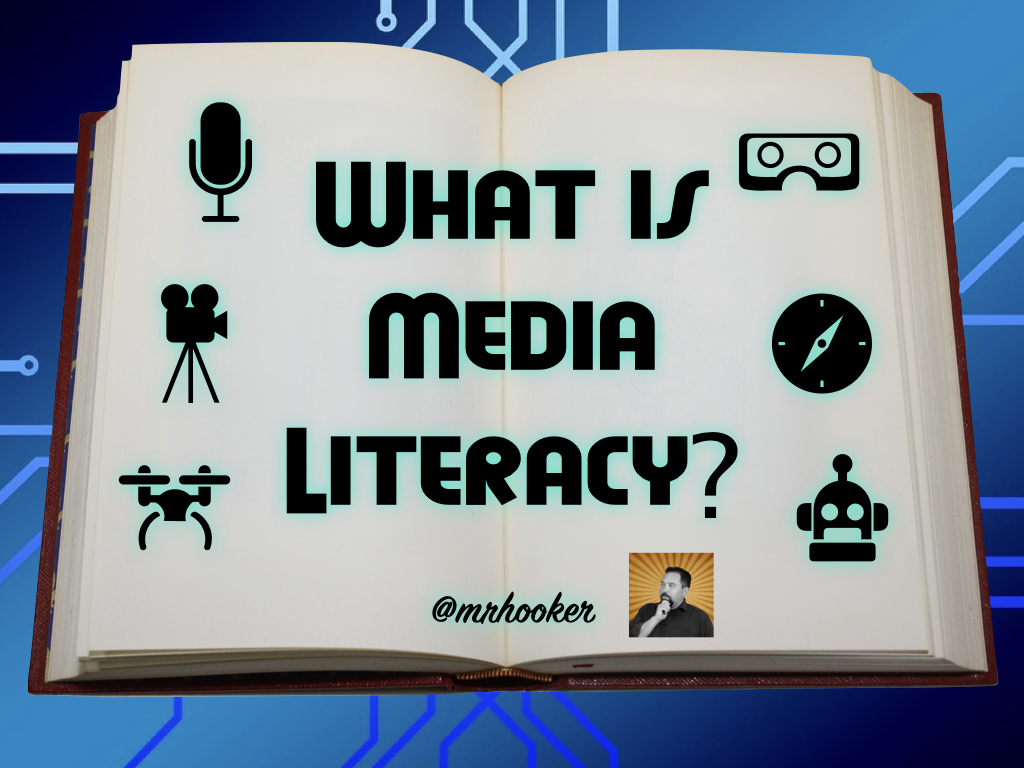 On the first day of #SXSWedu I went to a panel session around media literacy. The panel consisted of educators and representatives from KQED and PBS. During the course of the discussion, one of the panelists mentioned that the term “media literacy” is really built around new forms of media.

When becoming literate in film, artificial intelligence, augmented reality, social media, etc, it’s about learning new forms of media. The term “literacy” is still centered around reading and writing. Thus, anything listed as “Media” literacy must be new.

I looked up the official definition of “literate” on Merriam-Webster’s website and this was the result:

A different panelist brought up the point that if you have an Alexa or Google Home in your house, that you’ve just included a new form of media (A.I.) to learn and become literate in. That said, many people add these tools without thoughts of learning how to really use or leverage them.  They don’t think about the long-term consequences of a tool capturing your verbal data over time. As I wrote about last year, one of my main parenting fails was buying and Echo Dot for each of my kids, so this really hit home with me.

That said, I think that banning or turning away all new forms of media is also not productive or a good long-term solution.  Becoming literate in a tool, as by the definition above, means you understand the downsides as well as the positives to using such a tool.  That’s what we need to be teaching kids.

I threw out this concept around the term media literacy on Twitter during the event:

Here were a few of the responses:

Patrick’s thought here is where I was leaning originally and would be more in line with the Merriam-Webster definition. Just list items that have tech in them as media items that we need to become literate in, but then list the more traditional (books) as literacy. However, when he mentions digital or analog, it starts to throw me off a bit as digital means technology.  In an attempt to summarize: Not all technology is media, but some could be considered literacy.  Here’s a series of thoughts that I grouped together:

All of the above tweets refer to how the term can influence certain thoughts. This is where I really started to have a conundrum. In some ways, the way I was posting and gathering this data on Twitter is considered a form of (social) Media literacy. The idea that reading=consuming media and writing=creating media seems to make the most sense to me.

Using those ideas and removing the term “media” would insinuate that the person that has set up an AI home assistant would know how to “consume” it (have it play you music, give you a joke) as well as “create” with it (have it add to a shopping list or program it to flash your lights when a message comes in).

This new form literacy in the AR/VR world looks fairly weighted at the moment to the consumptive side of literacy. We are interacting and consuming virtual worlds or augmented material, but very few are actually creating in this space. My thinking is, as this becomes much more user-friendly through apps like ARMakr or Panoform, we’ll start to create with these tools and become more literate in their use as a result.

After writing all of this, I’m now beginning to wonder if the definition of literacy or to be literate needs to be rexamed. One of our amazing middle school teachers shared this:

Creating this literacy doesn’t happen without the right tools, teachers, leaders, and mindsets when it comes to using all of this “media” in our world.

0 comments on “What is Media Literacy?”