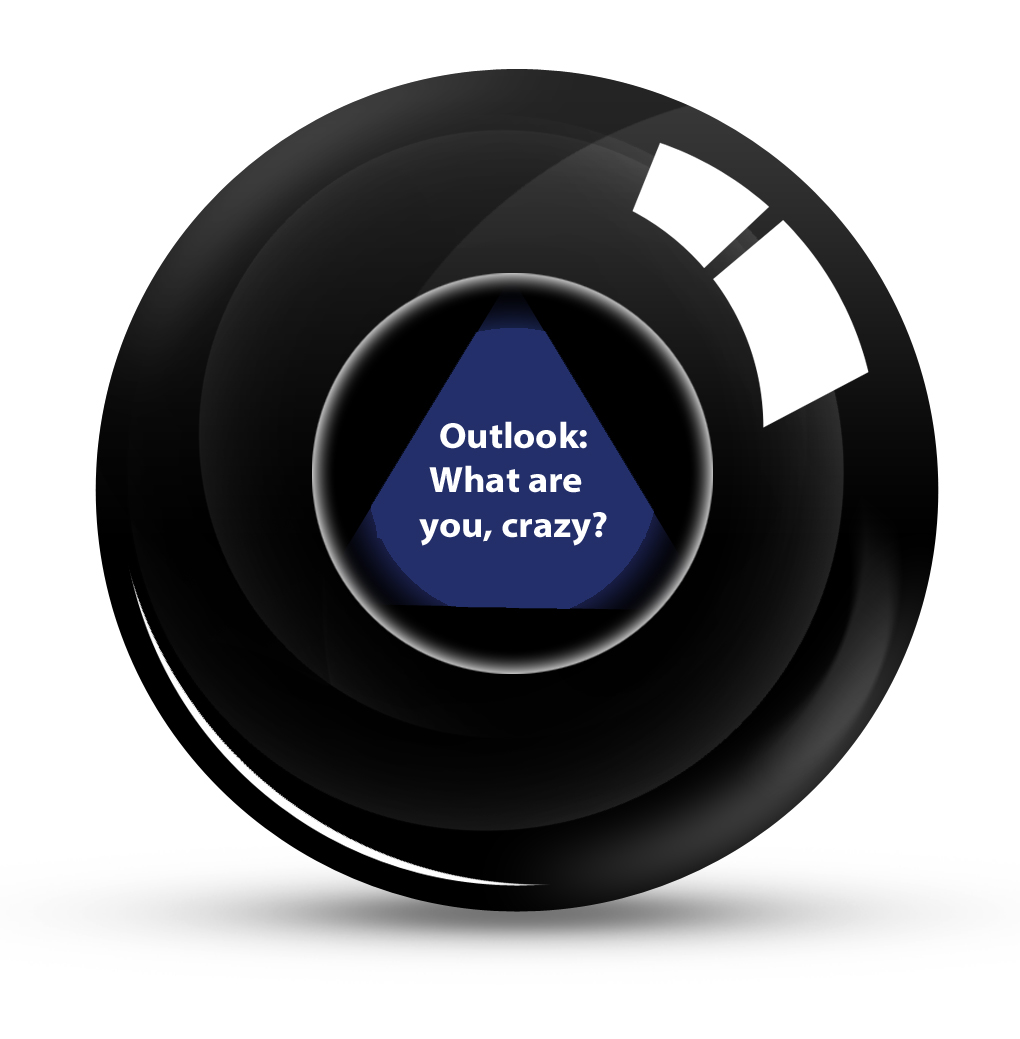 For the past three years I’ve made an attempt at predicting what the future might hold for the Educational world, usually around the area of technology.  The truth is, anyone can predict fairly obvious things (like Google will be the number 1 search engine), so what I attempt to do here is make some daring predictions that may or may not come true (like Alta Vista will make a comeback! Ok…maybe not that daring).  Here’s a look at my 2013 and 2014 predictions which I also review every year to see how I did.  Some of my predictions that have gone right include my 2013 predictions that a non-Apple devices will rise up to challenge iPads in education (see Chromebooks) and my 2014 that a new form of social media will crop up with teens (see YikYak or Whisper).

And so, I present to you, my 2015 bold predictions that are sure to go wrong this year.

I’m not talking about the learning in the classrooms becoming automated, this is more about the low-hanging fruit in our schools.  Things like attendance, daily quizzes, etc can be done so much more efficiently with technology however they still require an element of human interaction (and teacher time).  I can see a future where a student walks into a classroom and the room “knows” he/she is there, thus eliminating the need for attendance (and saving hundreds of instructional minutes a year).  While this may seem big brother-ish and far fetched, I’m working with a company called Signal 360 that works on something called proximity marketing using uBeacon technology.  It wouldn’t be that far-fetched to see this one come true.

Pearson will lose its testing contract in Texas

With over 50% of the UK-based company’s income coming from the state of Texas and it’s500 million dollar contract, the people at Pearson could be sweating it this year as their contract comes up for renewal in the Lone Star state. It’s no secret that Pearson is now under investigation with the FBI for it’s back-room dealing done during the L.A. iPad fiasco.  Add to that a recent turbulent legislative session around standardized testing (finally!) and you start to see that Pearson could be in for a surprise this year when the contract comes up for renewal. Unfortunately (or fortunately if you are a Pearson-supporter) there are not really any other companies out there that can  swoop in and grab that contract, making this prediction probably more asinine than bold.  But here’s hoping….

Wearables will take over the world…and then regress

Between the Apple Watch (debuting in the next couple of months) and this gadget known as the “Ring” unveiled today at CES 2015, we’ve become smitten with wearable technology and the internet of things. I predict we’ll reach critical mass by mid-July, at which point someone will have vision problems from their Google Glasses (ala Naven Johnson’s OptiGrab invention) or get in a car accident trying to get driving directions from their watch thus resulting in the creation of the “People Against Wearables” (P.A.W.) activist group.

A human battery level app will be invented

Realizing this is counter to the above prediction, wouldn’t it be great if you could see how much energy you had left by checking an app? (or better yet a projection on your arm via something like this)  “Sorry Bob, I’d like to work on that project with you but I’m only at 14% and I need to recharge.”  I’m hoping with all the wearable tech out there and the power of the internet, there will soon be a way to check this.  Think about how much more productive you could be if you knew this data?  Or better yet, what about if we knew this data about our students? The next step would be to invent a “Student Engagement Level” app. Now that would be something.

Last year we premiered the APPmazing Race at our annual global event.  This year, we’re stepping it up a notch as teams will compete on a series of challenges throughout the 3-day learning festival.  At least one of the challenges we are working with in R&D is going to be pretty mind-stretching for teams participating.  I can’t wait to see what they come up with! (come join the spectacle this year by registering here)

Again, thinking bold here, but with the rapid price drop from $10,000 to closer to the $1000 range for a 3D printer, it wouldn’t be far-fetched to think we could see these in everyone’s classroom (and house) at some point in the near future. Did you break that part on your washing machine or pencil sharpener?  Just download the instructions and print the replacement part!

Based on my blog post from the fall on this subject, I’ve heard a few people try and do some of the items on the list.  It’s not meant to be a challenge, it’s more to inspire thinking and ways to integrate everyday technology that kids use into learning, however it would be cool if someone actually did all the items on the list (and then blogged about it.)  I’m working on a book version of this post too with Sean Junkins (see final prediction), so hopefully this will continue to grow and it would great to have an example of someone actually doing this to credit in the book.

Drones will make their way into education

Forget all this chatter about Amazon and military use of drones, when will they make their way into education? I’ve seen these given away at educational technology conferences, but I’ve yet to see any actual good application of drones in terms of learning.  I can see science really getting a boost from having access to this technology right away.  Imagine the old “egg drop” experiment recorded from an aerial view of a drone? Or how about athletics and band using a different view of their formations?

In December I took the #student4aday challenge and became a 10th grader for day.  It was enlightening in many ways but over the winter break I started to reflect on how well do we really know our students in all grades K-12?  A single day as a 10th grader is a start, but I’m thinking we need to dig deeper and expand the grade-levels of the challenge.  I would love for someone to complete what I’m calling “The Billy Madison #student4aday Challenge” based on the cult-classic movie staring Adam Sandler.  In the movie, Billy has to go through all grade levels from K-12 to get his diploma.  We should do the same thing! Rather than being passive about this, I’m going to challenge myself to be a student in every grade level at some point in the next year and challenge other administrators to do the same.  As the principal in the movie states, “Mr. Madison, that was be one of the most insanely idiotic things I’ve ever heard…” although my last prediction may be even more insane.

This has been on my radar for the past couple of years.  As I hear more and more people tell me “you should write a book!” I’m starting to believe it (I know…that’s a scary thought).  Even if my mom is the only one who buys it, I’m still hoping to publish something this year. I’ve got collaborations in the works on a couple of books and I’m working on a couple of my own ideas too…just need to find the time.

Some of these predictions I have direct control over and others I’ll be watching from a far (or on twitter) to see if they happen. At any rate, I get the feeling that 2015 will be another progressive year of change in the classroom when it comes to technology. And while some of these predictions may not come to fruition, I’m just happy to be a part of this change.

6 comments on “Bold Predictions Sure to Go Wrong in 2015”