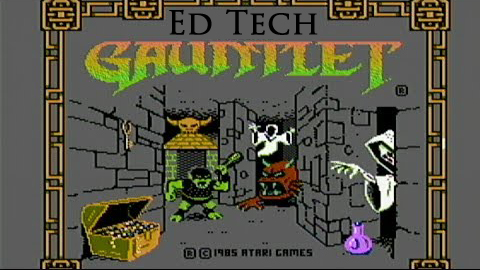 When I started this position in 2010, hiring new educational technologists followed the same lines as all other positions in the district. A group would get together, look at resumes, and basically determine which 4-6 candidates made the most sense on paper to come in and interview for the position.  The interview was a standard 1-hour process made up of the typical questions like “Where do you see yourself in 5 years?” or “Tell us more about yourself.”  While this process had been in place for years, it really didn’t shed much light on the ins and outs of the position itself nor did it give other candidates a chance to participate if they didn’t have what it takes on paper.

Something else I noticed in education (and somewhat in private business as well) is that it’s much easier to hire someone than it is to fire them.  If hiring consists of a 1-hour interview and a couple of reference checks, firing takes months to years worth of documentation, discussions, mediations, and even at times, legal involvement.  With that background, over the past few years, we’ve set out to make the hiring process much more robust.  In December of 2011, I thought I had nailed it by adding a presentation component to the process.

Alas, it was just the beginning.

What follows is the now 9-part process we implement when it comes to hiring an Ed Tech at Eanes ISD.  I’m sharing this because other districts may benefit from reviewing and updating their hiring practices and I would also love to learn from other districts that have a more rigorous or innovative process.

Looking through the field of applicants, any that match the minimum criteria for the position as posted on the job description  make it into this initial round. Putting all the applicant resumes and cover letters in a shared folder, my team reviews each and gives them a rating based on the campus that needs to be filled and how well their resume aligns.To keep consistent, each scoring section carries a 1 to 5 scale for interviewers to score the applicants.

According to Career Builder, 43% of companies now add a social media background check as part of the hiring process. As our position involves sharing online as well as gathering content via virtual PLNs, I individually search each of the qualified candidates on social media.  A candidate with no profile online can’t hurt them, but it also doesn’t help them. In some cases I’ve come across questionable material which has caused me to pass on a candidate and in other cases, I’ve seen some amazing digital profiles that could nudge the candidate into the next round if there is a tie or they are below the cut-off line.  Based on profiles I either award a single point, a zero, or a negative point to the process. Taking the applicant score and social media background check bonus, we narrow the field down to 12-14 applicants which will then process to the next round.

Those 12-14 candidates that survive round one and the social media check are then asked to create a video resume. This is a 2-minute or less video that highlights the best of the candidate.  We encourage candidates to be as creative and to not make the video Eanes specific (more on that later).  Usually at this point, a few candidates drop out and some have even claimed they “don’t have time for this” which is somewhat telling.  The candidates have 5 days to create their video and submit at which point I put each video into a form to be scored by the interview team.  Here’s a mock version of the form (added some of my favorite video projects to protect the innocent).  Following the scoring round, we reduce the field to either 4 or 8 candidates depending on the positions we need to fill.  Those candidates are then invited to participate in “The Gauntlet”.

No, not that classic video game from the 1980’s, but it is somewhat equally challenging. In fact, at some point during the process I can almost hear the game narrator say, “Valkyrie, your life force is running out.” The Gauntlet all takes place on the same day.  The idea is to give each applicant a snap-shot of a day in the life of an Ed Tech.  It also optimizes the time of the interview committee.  In the traditional interview method (1-hour Q&A with a candidate), reviewing 4 applicants would take 4 hours plus time in between each candidate as well as prep and debrief time.  Looking at 4 candidates in this traditional format would generally take up to 6 hours. This process reduces the actual time with the candidates to 2.5 hours and gives us a much broader look at the skills and talents of each candidate.  Here’s a matrix of what the day might look like for four applicants (A-D):

Each candidate participates in these 4 components.  They are all done in a different order for each candidate but laid out as such that the interview portion doesn’t back up to the presentation portion, as those tend to involve the most stress.  Each component takes 30 minutes or less.

Each candidate gets an opportunity to ask a previous Ed Tech questions.  In some cases, it could be an Ed Tech that was previously posted at the school hiring or one that has retired. Which this seems like a pretty easy step, you can tell a lot about a candidate based on the questions he/she asks. The Ed Tech being questioned returns at the end of the process to report out their view on each of the candidates based on the questions asked.

This is the most traditional component, but we tried to update some of the traditional questions to make it more modern.  George Couros has a great post here that ties the 8 characteristics of the Innovator’s Mindset (his book) to interview questions. To prepare the candidates, I email them the general topics around what questions are asked so they can have a story or two in mind. (i.e. Perseverance, handling failure, leadership, etc) Then, each person in the interview room is given a scoring form with each question asked.  Here’s an example of what that form looks like.

Candidates are placed in a private office and asked to answer three different email scenarios on a Google doc (see example below). The scenarios involve an email from a parent, a teacher, and a principal that pose a problem or concern that needs to be addressed. The Google doc is viewable by the rest of the interview team which are then asked to score them (blindly) based on the candidate responses.  (Mock example here)  As a wild-card, during this process I walk in wearing a wig (yes…a wig) and different outfit.  I’m playing the role of a teacher who’s iPad won’t work as well as someone who questions why we even have iPads in the classroom.  As part of this role is constantly getting interrupted for just-in-time troubleshooting and problem-solving, the purpose of this wild-card isn’t to see how they fix the problem as much as how they deal with me.  I then awarded a bonus point to the candidates with the best responses.

Each applicant is asked to prepare a mini-presentation that lasts no longer than 20 minutes which builds in some time for set-up and Q&A afterwards. The audience is made up of administrators, Ed Techs, and staff from the campuses that are hiring. The candidates are encouraged to use this time to showcase their presentation/training style while also teaching the group an idea/topic/concept. Following each mini-presentation, the audience scores the candidate using a form like this one.

Following the jigsaw matrix of the 4 rounds above, the candidates are all invited into our main room to participate in the final collaboration challenge.

Each candidate sits with a team of 3 teachers to help solve a dilemma or disagreement.  The teachers are asked to play three different roles: a teacher that is super excited to integrate technology, one that is not, and one that is in-between.  They are then asked to choose one of two different blind scenarios and read them aloud.  Over the course of the next 20 minutes, we observe how the candidates listen, ask questions, and help mediate the mock team meeting. Afterwards, each group assigns a collaboration score using a form like this one.

Following all the challenges, the entire group meets to debrief.  We hear the strengths of each candidates as well as the areas which they would need support if hired.  We don’t rank the applicants or ask for a ranking as the scores will bear that out.  Even with the scoring system, it’s always good to hear from members of the interview crew.  As this group is made up of teachers from hiring campuses, administrators and Ed Techs, they each provide a unique perspective on the candidates and how they can fit with the campus culture. I then ask them to submit their final thoughts on an open-ended form as sometimes, sharing in a group of 16-18 educators can be intimidating and I want to hear the thoughts of everyone on the committee.

Pretty standard, but necessary.  I use this time to ask not only the strengths, but also what supports the candidate might need going forward in our district.

While this is an exhaustive process, using technology helps us optimize time spent with the candidates as well as receive feedback from a wide variety of people.  While this is the first year, we’ve implemented the “Gauntlet”, we have done the mock presentation, email scenarios and video resumes in the past.  In looking at the blind scores and coupling that with the feedback from the group, EACH time the candidate with the highest overall score also gets the most positive feedback.

Communication is key for this to work.  From the moment the applicant applies to the day I offer them the job, I’ve sent them an email with an updated timeline and instructions for each step along the process. I’m doing this not only to inform them, but to also see if they follow-up for questions or respond to let me know they received the instructions (testing their professionalism a bit).  In many way, this process begins when that first email is sent.

For those candidates that don’t get hired, I try and give them feedback on things they could improve to earn the position in the future.  In some cases, applicants return the following year and get hired based on this feedback and campus match. In other cases, I’ve had candidates tell me they’ve received offers in other districts based on their video resume (which is why I ask them to not make it “Eanes specific”).

Hiring will never be as hard as letting an employee go. I know this process isn’t perfect and we are constantly trying to improve it.  One thought from the team is to weight the scores of different components based on importance (like the collaboration or presentation components). Regardless, my hope with this process is that we can be as informed about a candidate’s personality, skill-set, work ethic, and overall ability so that firing will never be an option.

1 comment on ““The Gauntlet” – An Innovative Way to Hire Talent”