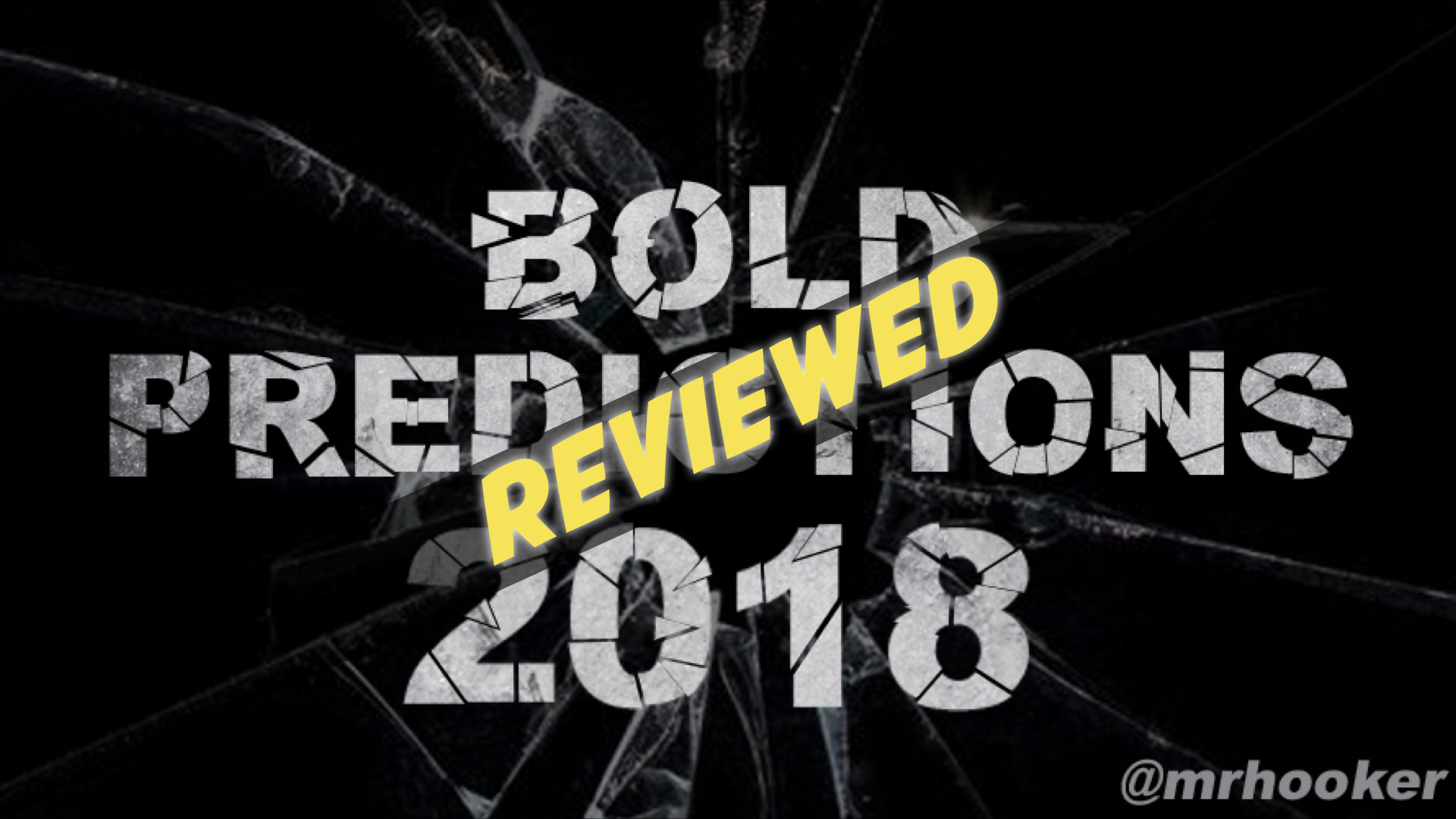 Making predictions isn’t easy folks. Let’s face it, even Miss Cleo sometimes got her prognostications incorrect.  Every year as the calendar turns, I attempt to take a stab at some things I predict will happen in the upcoming year.  These predictions are loosely based around education and technology and sometimes I get them right on the mark (like when Pearson lost its testing contract in Texas).  Other times, I was way off. Like the time I predicted that someone would develop a Star Wars-themed charter school (although, of that, hopeful I am). Looking back at my 2018 predictions, it was a mixed bag as per usual but overall, my best year yet in terms of predictions. Let’s see how I did.

Prediction: AR will help us “see” students’ level of engagement

My main thought on this was that augmented reality would tell teachers student engagement levels by merely holding up their phone or iPad and seeing the students’ thoughts via an engagement meter. I was off on that part, but imagine my surprise when Adam Phyall (@askadam3) and I visited the start-up village section of #ISTE18 in Chicago and stumbled across BrainCoTech. This company specializes in helping kids focus and engaged with brain exercises where you control something on a screen the more you focus. Sound like science fiction? Or maybe something from a Black Mirror? Check out the video evidence below:

Prediction: A school will fully implement AI to help with learning disabilities

As witnessed by my parenting fail with Amazon’s Echo Dot, we’ve still got a ways to go when it comes to AI and our kids. Artificial Intelligence has been used more and more in the classroom and most people probably didn’t even realize it. Any time a student using speech-to-text or a teacher asks Siri a question, the AI kicks in. While no school that I can find has “fully” implemented AI as the prediction states, there is some potential for AI to help with learning difficulties. Microsoft recently revealed their Presentation Translator and Seeing AI app to help with students that have visual or auditory impairments. The future on this is closer than we think. Now if I could just get Alexa to put away my laundry….

Outcome: Still a little ways off

During a trip to Orlando last spring, I got to experience “The Void” – a 4D experience with Star Wars as the main theme. How it works: You and a team of 4 put on VR headsets and haptic-enabled vests. As you move through what is essentially a giant warehouse, you can actually reach out and touch objects, door handles, and even R2D2. During one treacherous mission, I had to walk on a catwalk over hot lava and could smell and feel the sulfuric heat beneath me. Theres some tremendous potential for this in the classroom, but I can tell you the cost to do this would quickly snap you back to reality. (see what I did there?)

Outcome: Nailed it! (sort of)

I don’t think was that much of a bold prediction, but who would predict that the present would tweet about pardoning himself as he did on June 4th of this year?

With some ambition and a super-talented line-up of Ed Tech powerhouses, we were able to make this prediction a reality. Need proof? It’s now expanded to an international location thanks to Brett Salakas bringing it down under this past October. As far as the ISTE event this past summer, you had to be there to believe it. From Lisa Johnson’s and Brianna Hodges’ powerful words to Felix Jacomino’s campy Gilligan’s Island remix, for one magical night in Chicago, we were moved by just words. When all was said and done, Steve Dembo walked away with the championship belt with this stirring slam that invoked a TON of ed tech tools in a poetic way. (Come to Austin on June 12, 2019 for #LearnFestATX to see him defend his title!)

Prediction: A ride-sharing app for parents will be invented

Outcome: It already happened…sort of…

Apparently this was already the beginning of a thing when three moms launched the company HopSkipDrive in Los Angeles in 2014. However, this past summer, the company expanded to Denver and is looking to expand to other locations throughout the US. Drivers have to have a minimum of 5 years child-care experience and must past a 15-point background check before being hired to chauffeur kids as young as 6 to their next soccer game or play date. I can see it now: Teachers! Need to make some extra cash and have a car? Have I got the job for you!

Prediction: Oprah will run for president

What next? Maybe Mark Cuban will run….

Prediction: Drones in education could be a thing

Hey, I did say drones “could be a thing” right? While this one is still a bit of stretch I did visit a school in McAllen, TX this summer that is having students work along side search-and-rescue and local agencies to use drones to track down criminals or find missing people. Now, if only they could get a cat out of a tree….

Prediction: “The Learning Festival” aka LearnFestATX launches with some unexpected twists

The theme for this past summer’s event was “beta”.  We limited registration to 200 people in order to test out 7 new concepts that we hadn’t seen at a conference or learning event before. The result? Mixed. Some of the experiments worked while others failed. But three of the best will be on FULL display this summer as we open up LearnFestATX to a wider audience and promise to bring “unique engagement” to each attendee. (Early bird pricing now available!)  You’ll have to come to find out which won out.

Prediction: My new children’s book gets a publisher and is actually published!

This marks the second year in a row that this has been a miss-hit on my predictions list. It’s time to think outside the box for 2019 as I’m now almost finished with it. Stay tuned.

Prediction: A Boba Fett movie will be announced

This was just for fun, but sure enough, following the release of Solo: A Star Wars Story movie, the announcement was made this past May with James Mangold from Logan fame directing. I can’t wait!

So ends my 6th year of making predictions. Like I said in the open, this was my best and most accurate year to date as I hit at greater than 50% for the first time. Tune back in some time early in 2019 for what is sure to be my best bold predictions ever!

If nothing else, I can guarantee one prediction to come true: It will be marginally entertaining.